Strategists are currently scrambling to draw lessons from history and devise an approach that enables the US and China to compete without triggering a catastrophic conflict. Perhaps the best hope for delivering that outcome lies in Europe.

NEW HAVEN – European countries are currently divided over whether to join US President Joe Biden’s diplomatic boycott of the upcoming Winter Olympics in Beijing. The episode underscores yet again that when it comes to dealing with China, Europe and the United States truly are an ocean apart.
Beyond sharing fundamental political values, the US and Europe often employ similar rhetoric about the challenge China poses to the international order. Nonetheless, most European governments cannot reconcile their interests with the vision of a US-led coalition of democracies standing up to the world’s autocracies, and European officials balk at pursuing a China policy focused on containment, under the guise of competition.
While the European Union wants to deepen transatlantic cooperation, there is no consensus on how to do so without alienating China or undermining the very international system it aims to defend. Nor are European governments convinced of America’s reliability as a partner. Biden might value the transatlantic relationship, but his predecessor, Donald Trump, did not. Who is to say what the next US president – possibly Trump himself – will stand for? This doubt is a key motivation behind the EU’s effort to operationalize its vision of “strategic autonomy.”
To be sure, there is scope for transatlantic collaboration on China. In fact, efforts to advance such cooperation are already in motion, in the form of initiatives like the US-EU Dialogue on China and the US-EU Trade and Technology Council. Joint action to counter China’s anti-competitive commercial and trade practices, export and investment restrictions in response to China’s human-rights abuses, and a push for high standards for overseas infrastructure projects should be welcomed.
But the current US-EU agenda on China might be overly ambitious. Clearer prioritization is needed to maximize the benefits of coordination. Furthermore, differing legal systems and threat perceptions in the US and Europe will make progress in key areas – such as carbon taxes, antitrust policy, or responses to Chinese disinformation campaigns – painfully slow.
The prospects for meaningful military and security cooperation vis-à-vis China are especially limited. While European countries have made some symbolic moves – for example, the German warship Bayern recently demonstrated the right to free passage in the South China Sea – they are wary of going much further.
This is the case even for France, the only European country with a significant military presence in the Indo-Pacific. As French Foreign Minister Jean-Yves Le Drian recently explained, “We do not underestimate the depth of competition with China, which can be ferocious, and the need for a constant evaluation of risks, but we try to avoid the militarization of our strategy to allow us to include – respectful of their sovereignty – all interested countries.”
This unwillingness to take a hard stance on China is set to persist. While Germany’s new government does appear likely to adopt a somewhat firmer tone, Chancellor Olaf Scholz has taken a cautious line, making clear that all actions should be “carefully weighed” and emphasizing the need to seek a cooperative approach.
So, the US should not expect Germany to start viewing relations with China through a primarily ideological lens any time soon. The communication failures surrounding the AUKUS defense agreement between Australia, the United Kingdom, and the US – a deal that blindsided France, which lost a major defense contract – further underscore the limits of US-Europe military cooperation in the Indo-Pacific.
But transatlantic cooperation is hardly the only way Europe can influence the US-China relationship – and mitigate the risks that its rapid deterioration implies. Strategists are currently scrambling to draw lessons from history and devise an approach that enables the two sides to compete without catastrophe, particularly armed conflict. Europe can help here.
The EU should consider launching a diplomatic initiative reminiscent of the Helsinki Process, credited with reducing tensions between the Soviet and Western blocs in the 1970s. Through such a process, Europe could broker agreements to promote de-escalation, risk reduction, and crisis management, thereby reducing the likelihood of armed conflict.
Europe’s limited capacity to project military power in the Indo-Pacific could be an asset in this context, as it bolsters European actors’ credibility as honest brokers and trusted intermediaries. Compared to more direct stakeholders, the EU might be better positioned to mediate thorny issues such as Taiwan and the South China Sea. It might even be able to promote constructive diplomacy in the domains of cyber and outer space. In these contexts, American and Chinese forces regularly operate in proximity, and a miscalculation could lead to war.
No one should underestimate the difficulty of establishing rules of the road that are robust enough to avert conflict. But Europe has a comparative advantage in this area – one that it has demonstrated repeatedly in the past. For example, the European Commission and European countries played a central role in delivering multilateral export-control regimes, such as the Nuclear Suppliers Group and the Wassenaar Arrangement. Europe has also played a critical role in negotiations with Iran over its nuclear program.
An EU-led de-escalation initiative in the Indo-Pacific is far from a sure thing, especially given the recent increase in tensions between the EU and China. But it would align with the EU’s professed goal of pursuing an inclusive approach to the region that strengthens the rules-based international order. More important, it offers perhaps the best chance of averting war between great powers. Is that not why the EU was created?

Robert Williams, Executive Director of the Paul Tsai China Center and a senior research scholar and lecturer at Yale Law School, is a nonresident senior fellow at the Brookings Institution and a contributing editor at Lawfare.

Moritz Rudolf, a postdoctoral fellow at Yale Law School’s Paul Tsai China Center, is the author of The Belt and Road Initiative: Implications for the International Order (WSPC, 2021). 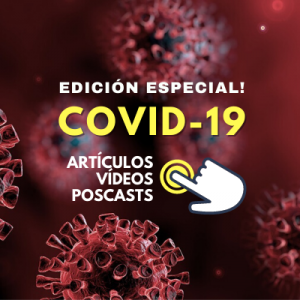